The Best of Bruges in One Day

Visit the most beautiful places of the Venice of the North in a single day. This itinerary will take you to the center of Bruges.

Start off your day at the very center of the historical heart of the city. See the Provincial Court, one of the most beautiful examples of the Gothic Revival style in Bruges, and admire other sights lining the Market Square, such as the Bell Tower and the statue of Jan Breydel and Pieter de Coninck. Continue to the Basilica of the Holy Blood and then to Burg Square, where you can see the majestic City Hall, the Palace of Liberty and the Court of Justice. Get a combined ticket to the Palace of the Liberty and the City Hall and explore the city museum and archives.

Take a boat trip from Quai of the Rosary or just stroll by one of the city's canals and relax after a long day of sightseeing. Finish your day in a museum or in the Church of Our Lady which boasts plenty of masterpieces, including a marble sculpture of the Madonna and Child by Michelangelo.

Day 1: The Best of Bruges in One Day 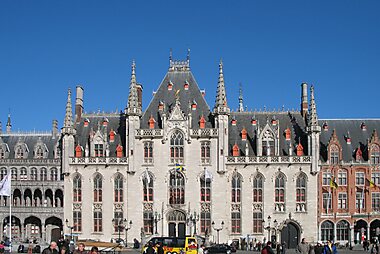 Easily recognizable by its multiple decorative spires, this building is one of the most beautiful examples of the Gothic Revival style in… 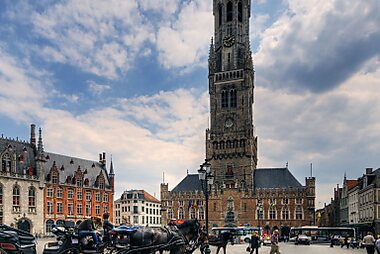 The very centre of the historical heart of the city. The square is lined with wonderful sights, like the Bell Tower and the Provincial Court… 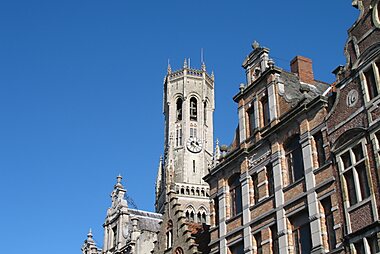 This 83 metres high bell tower is one of the most important landmarks in Bruges. 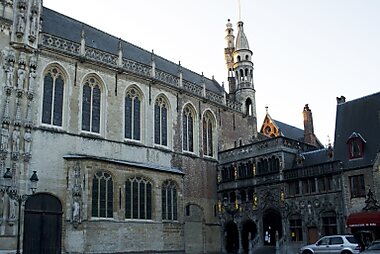 Outside view @ own work

Basilica of the Holy Blood

Built in 1557, this basilica is divided into two parts - the upper and the lower chapel. 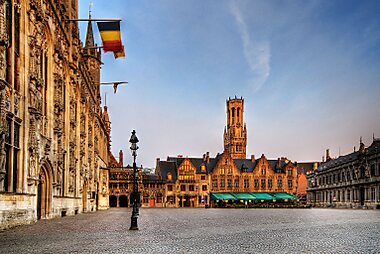 With a nearly 2-millennia-long history of inhabitation by humans, this small square is the historical heart of the city. 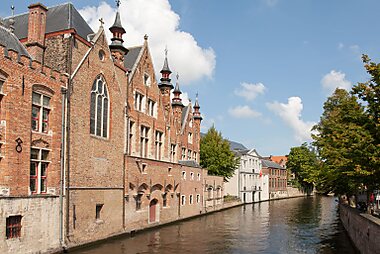 Palace of the Liberty of Bruges

A true Renaissance gem, now housing the city archives. Check out the majestic fireplace made in honour of the emperor Charles V. 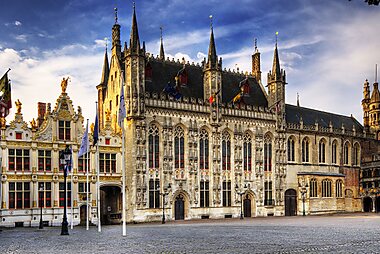 This astounding City Hall (located on the grounds of a former castle) is one of the most cherished landmarks in the city of Bruges. 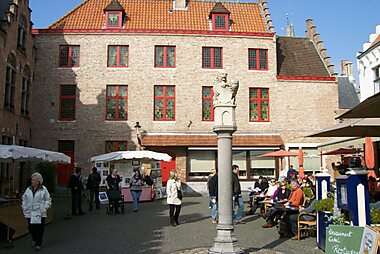 Named after the leather workers whose guild used to be here. Also called “The Fish Market”. 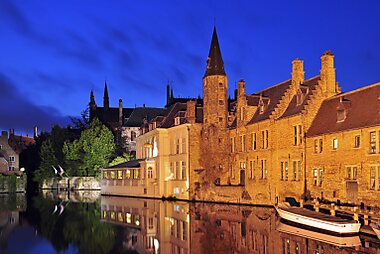 Quai of the Rosary

A starting point of many boat trips, this place offers one of the most spectacular views in all of Bruges. 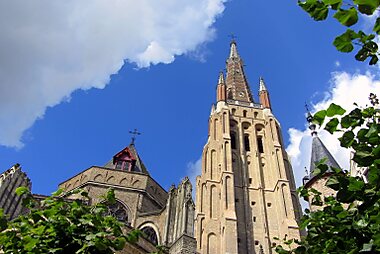 Church of Our Lady

Overlooking this huge construction is impossible. With its colossal height of 115 metres, the church tower is the second biggest brick tower… 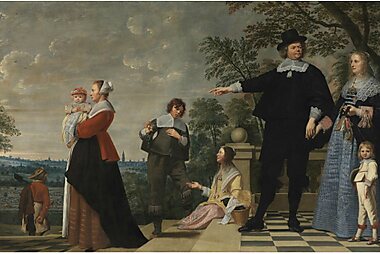 The Groeningemuseum is a municipal museum in Bruges, Belgium, built on the site of the medieval Eekhout Abbey.